In the 16th and 17th centuries, as they worked to enact changes that they had realized were crucial within the Church, the early Protestants came to understand that reformation is NOT a program that could be achieved simply through a right doctrinal statement and changing a handful of wrong practices. Rather, they came to understand the principle seen in the title of this post: Ecclesia semper reformanda est, “the Church is [to be] always reforming.” The Church, just as the individual members of which She is comprised, must constantly be looking into the Scriptures and reforming according to Scripture (James 1:25). Like […]

This past Wednesday night, we had the opportunity to hear from Andrew Lindsey, who is a former member of Kosmosdale Baptist Church. He spoke about the significance of David in biblical typology. Here is a written version of what he spoke on this past Wednesday: Why Study the Life of King David (and Other Biblical Kings)? IMAGINE you have a friend who, once every week, gathers with a small group of people to study ancient rulers. The group studies Julius Caesar, Alexander the Great, Amenhotep I, etc. You may think that such a meeting is somewhat interesting. But if it […]

Blood Sacrifice: Primitive and Offensive, Now and Then

My problem is this: the language of blood sacrifice was appropriate to people used to the sacrifices that were part of ancient temple worship, but is totally alien to our world… Moreover, an atonement theology that says God sacrificed his own son in place of humans who needed to be punished for their sins might make some Christians love Jesus, but is an obscene picture of God. It is almost heavenly child abuse, and may infect our imagination at more earthly levels as well. I do not want to express my faith through a theology that pictures God demanding blood […]

In a comment on a previous blog entry in this series, a reader of this blog wrote concerning John Dominic Crossan’s denial of the resurrection: “Perhaps Mr. [Crossan] has never read I Cor. 15:12-19. If there is no resurection, Christians are the stupid…

At the annual meeting of the Southern Baptist Convention [SBC] this past June, there was a panel discussion with members from the SBC Calvinism Advisory Committee, which was headed by Drs. Frank Page and David Dockery. [Video from the panel discussion …

Muslim apologists will often make much of differences in the Gospel accounts (Matthew, Mark, Luke, and John) in order to argue that the New Testament writings have been corrupted. So, for example, a Muslim apologist may ask, ‘How many people supposedly…

Where did the souls of OT saints exist after they died, before the redemptive work of Christ?

UPDATED: Check out the new chart at the bottom, helpfully systematizing the Bible’s presentation of the afterlife, which was created by my friend Jerry Dorris.[I once discussed the titular question of this post with a fellow teacher at Sayers Classical…

A good word re: ‘legalism’ from my friend Nathan White

I was looking over comments on some old posts and found the following couple of paragraphs from my friend Nathan White, which may bless others as well.Nathan wrote:[A]n invalid conclusion [concerning how Scripture should be applied] doesn’t necessarily…

Why does the state have any interest in recognizing marriages at all? I believe that many people- even many Christians who greatly value marriage- would be hard pressed to offer an answer to this question; marriage is currently seen as a mere personal choice, with little thought given to the broader societal impact of marriage.

At a “Next Generation Event” during the recent annual meeting of the Southern Baptist Convention, Dr. Russell Moore, President of the Convention’s Ethics and Religious Liberty Commission, helpfully gave one main reason for the state’s interest in marriage: 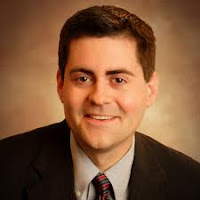 The reason why the state [traditionally] recognizes male/female one-flesh unions: there’s a reason for that. There are all kinds of things the state doesn’t recognize that are important things: lots of us in this room are friends, [but] we didn’t go to the courthouse and register our friendship, and, if we ever get mad at one another and decide we’re not going to speak to one another, we don’t go to the courthouse and deal with it that way; the state doesn’t care who you’re friends with, [so] why does the state care who you’re married to? The state cares who you’re married to because (the state has an interest in that because) a male/female union- at least potentially- has some implications that society has to deal with, and those “implications” are called children. And so the state has to recognize, in some way, marriage, unless you’re going to have the kind of society where children are just abandoned on the side of the road and no one is taking care of them. I mean, really, when you think about the state’s interest in marriage, it boils down to, at the most basic level, issues of child support: ‘who’s responsible for this baby?’ The state is interested in that.

[The rest of the video from which the above quote was taken may be seen HERE.]

The government has recognized marriage for one reason. The union of a man and a woman has implications for all of society in a way other relationships don’t. Male/female sexuality brings with it the possibility of children. Very few of us want the sort of “lord of the flies” laissez-faire kind of society which doesn’t care what happens to children. Encouraging the sort of fidelity that maintains, wherever possible, the right of a child to both a mother and a father is a state interest.

[The rest of the article from which the above quote was taken may be read HERE.]

But didn’t Paul call himself "father"?