Introduction to Islam:The Giving of the Qur’an and the State of Church History in AD 610

Published May 24, 2013 by Andrew Lindsey in apologetics 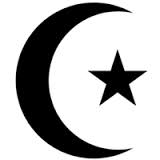 In A.D. 610 Muhammad, a forty-year old man from the Quraysh tribe, ascended Mt. Hira in Arabia. In a cave on this mountain, Muhammad began praying and meditating. Having spoken with Christians, and having realized the spiritual bankruptcy of the polytheism practiced in Mecca, Muhammad turned his mind to seeking true religion. One night, Muhammad was visited by an angel who claimed to be Gabriel. In a single night- called  Laylat al-Qadr: the “Night of Power”- Muhammad received the entire revelation of the Qur’an; he was overwhelmed by this revelation. Then, over a period of about twenty years, Muhammad received the Qur’an again, one section at a time.


When Muhammad received the Qur’an in A.D. 610, the Church had already settled issues regarding the Trinity (as seen in the Athanasian Creed, 6th c.), Christology (as seen in the Definition of Chalcedon, AD 451), and- largely- the canoncity of Scripture (as seen in codices such as Vaticanus and Sinaiticus, 4th c.).

In the early seventh century, there were also some specific errors within the Christian community. By A.D. 610, the Veneration of Mary had also increased to the point that if Muhammad had visited a church, he would have likely seen icons of Mary. Also, false Gospel accounts, like the Gnostic-tinged Infancy Gospel of Thomas, were still influential among some who claimed to be Christians. Both of these errors- the Veneration of Mary and the use of spurious “Gospels”- would impact the teachings of the Qur’an concerning Christianity.

No Response to “Introduction to Islam:The Giving of the Qur’an and the State of Church History in AD 610”