In the 16th and 17th centuries, as they worked to enact changes that they had realized were crucial within the Church, the early 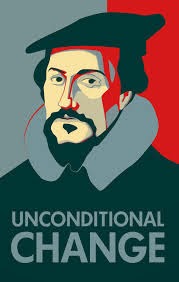 Protestants came to understand that reformation is NOT a program that could be achieved simply through a right doctrinal statement and changing a handful of wrong practices. Rather, they came to understand the principle seen in the title of this post: Ecclesia semper reformanda est, “the Church is [to be] always reforming.” The Church, just as the individual members of which She is comprised, must constantly be looking into the Scriptures and reforming according to Scripture (James 1:25). Like Her members, the Church must put off unscriptural practices and put on what Scripture teaches we should do for the purpose of greater conformity to the image of our Redeemer. Individual Christians experience progressive sanctification; in a similar way, the Church grows progressively toward Christlikeness as individual congregations (local instances of the single, global body of Christ) seek continued reformation.

My former congregation,Kosmosdale Baptist Church in Louisville, KY-though small and (in some ways) unsophisticated-has often been, by God’s grace, a model of semper reformanda in both faith and practice through the years. When I first became a member of Kosmosdale about eight years ago, the church was in the process of learning about the Second London Baptist Confession: a Reformed confession of faith. 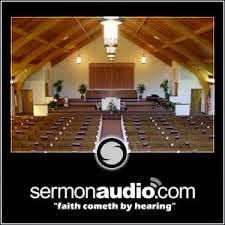 Years before I became a member, Kosmosdale was involved in the Boyce Project, handing out copies of J.P Boyce’s Abstract of Systematic Theology at the then-liberal campus of The Southern Baptist Theological Seminary. Shortly after I joined, the church government structure was changed, with elders and deacons better reflecting the scriptural model.

I moved back to the Empire State of the South last year in order to be closer to extended family, but last week I visited Louisville again for the Together for the Gospel Conference. I was excited to visit my brothers and sisters in Christ at Kosmosdale. I was happy to see that they are continuing in scriptural reformation, as evidenced by the fact that they now take the Lord’s Supper each Lord’s Day. (At some point in the past, I believe, Kosmosdale had observed the Lord’s Supper only quarterly; when I was a member there, they took the Supper on the first Sunday of each month.) 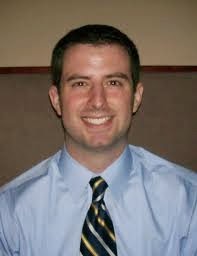 The Lord’s Supper is an essential element of corporate worship. We should no more neglect observance of this ordinance during our weekly gathered worship than we would neglect the preaching or reading the Word, the offering of prayers, or the singing of psalms, hymns, and spiritual songs. The transition to weekly Lord’s Supper observance at Kosmosdale apparently took place with little controversy, as the congregation had been discipled for years in honoring the authority of Scripture, even when doing so seems inconvenient. Mitch Chase, pastor at Kosmosdale, exercises wisdom in presenting the Lord’s Supper, not simply reading off the standard passages on the ordinance each week (1 Cor 11:23-26, etc.) so that it becomes rote, but instead introducing the Supper by drawing the congregation’s attention to connections between the text for the sermon and the New Covenant realities secured by Christ’s sacrifice.

No congregation is perfect, nor will any congregation attain perfection until we are all gathered together in that one glorious visible Church before the throne of the Lamb. Kosmosdale is no exception to this rule. I do rejoice, however, to see my former congregation committed to the principle of semper reformanda, and I hope to see an increasing number of congregations become more fully committed to this mindset as well.

N.B. The material for this blogpost was originally published on Andrew Lindsey’s blog: Call to Die.