The Election(s) and Judicial Hardening

Recently, in Sunday school at Kosmosdale Baptist Church, we studied 1 Samuel 11. The first part of that chapter records Saul leading the people of Israel and Judah to defeat the Ammonites. One unusual aspect concerning the account of this warfare is that when the Ammonites had the people of Jabesh-gilead woefully outnumbered and on the verge of defeat, they gave the people of Jabesh permission to go throughout the land seeking out reinforcements. Saul then brought reinforcements, and they utterly defeated the Ammonites. This was terrible military strategy on the part of the Ammonites; what accounts for their failure of judgment? The question cannot be answered by an explicit word from the text; as with so much of 1 Samuel, the author(s) give an account of the historical events, but do(es) not give much of an explanation of what motivates the various historical actors.

Comparing scripture with scripture, my Sunday school teacher (Tim Scott) noted other instances in which wicked kings or nations acted in irrational, self-destructive ways. We specifically examined Pharaoh in the Exodus story: how, even when his own people were begging him to let the Israelites go, even when it was obvious that trying to keep the Israelites as slaves was ruining his nation, Pharaoh acted counter to all sense and refused to God’s people go. In this case, the Bible does tell us why Pharaoh remained obstinate: “the LORD hardened Pharaoh’s heart” (Ex 9:12; 10:20, 27). Why did the LORD harden Pharaoh’s heart? Ultimately, it was for His own glory as He demonstrated His righteous judgment in the destruction of the Egyptians, and He demonstrated His covenant faithfulness in the salvation of the Israelites. But, in a very real sense, Pharaoh made his own grave. For, before the text says that God hardened Pharaoh’s heart, it says that Pharaoh hardened his own heart (Ex 8:15, 32). [I also take the verses that say “Pharaoh’s heart was hardened”– Ex 7:13, 22; 8:19; 9:7– as reflexive, i.e., “Pharaoh hardened his own heart.”] This is why God’s work of hardening Pharaoh’s heart is sometimes referred to as his “judicial hardening:” as a judgment against the wickedness of Pharaoh and the Egyptians, God confirms Pharaoh in his hard-heartedness.

It is reasonable to assume that God does not engage in judicial hardening in the case of Pharaoh alone. It is reasonable to assume that when other wicked kings and nations act in irrational and self-destructive ways, then it may be due to God bringing judicial hardening upon those kings and nations. So that when, for example, the Ammonites have a clear victory over Jabesh-gilead, yet they allow the people of Jabesh time to gather reinforcements from Israel and Judah, then the actions of the Ammonites may be best explained in terms of the LORD hardening their hearts. 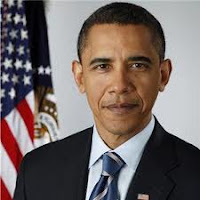 Two weeks ago, America re-elected President Obama, which defied historical indicators of how high an unemployment rate we can have and still re-affirm our government’s Chief Executive Officer. President Obama himself had said “If I  don’t have this [the economic recovery] done in three years, then there’s going to be a one-term proposition,” and job numbers were consistently lower than his predictions. During the election, President Obama did not offer any new ideas concerning what he might do differently in a second term in order to better meet his predictions. Many of President Obama’s ideas about economics seem to come from European models, though Europe’s economy is currently in shambles.

President Obama backed “gay marriage” in his first term, and two weeks ago “gay marriage” was affirmed by ballot in four states. This would have been unthinkable only a few years ago, as such “marriage” was recognized to be obviously contrary to human flourishing, both due to the impossibility of homosexual procreation and the need for children to have both a mother and a father.

Additionally, on this past Election Day, two states legalized marijuana for recreational use. This too would have been unthinkable just a few years ago. The reality of the negative effects of marijuana upon the brain, the fact that marijuana is a gateway drug, and the negative impact that legalization will have on underage use have not changed.

I would argue that this past election helped reveal an irrational, self-destructive tendency pervasive in the nation as a whole. And this tendency is best explained in terms of God’s judicial hardening. This should be a serious matter of prayer for all believers.

But unless you repent, you will all likewise perish. (Luke 13:3 NKJV)

No Response to “The Election(s) and Judicial Hardening”