Where did the souls of OT saints exist after they died, before the redemptive work of Christ?

UPDATED: Check out the new chart at the bottom, helpfully systematizing the Bible’s presentation of the afterlife, which was created by my friend Jerry Dorris.

[I once discussed the titular question of this post with a fellow teacher at Sayers Classical Academy, because it was posed by one of her students; it was a blessing to work at a school where such questions are considered by fifth and sixth grade students.] 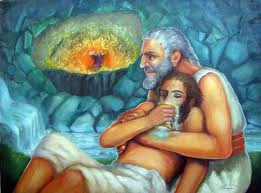 In the New Testament account, we get some important information in terms of the state of affairs regarding the afterlife in the Old Testament era (the New Testament era not being inaugurated until the passion of Christ: see Luke 22:20). In the Parable of Lazarus and Dives (Luke 16:19-31), Jesus pictures the afterlife as being divided between a place of joyful rest and a place of sorrowful torment, with a wide gulf set between these realms.

What has changed in the New Testament era?

Old Testament/New Testament: what’s the difference for souls in the afterlife? Certainly, the saints on earth in the New Testament era- even into the present day- have a clearer view of our hope for life after death. We have heard and read the words of Jesus to the thief on the cross: “Truly, I say to you, today you will be with Me in Paradise“ (Luke 23:43 ESV). We have read the Apostle’s words that: “[T]o be absent from the body [is] to be present with the Lord” (cf. 2 Corinthians 5:8). Even the saints who had been in the afterlife from Old Testament times may have received a clearer view of God’s redemptive plan upon the completion of Christ’s work of salvation. At very least, saints who had been in the afterlife from ancient days would certainly have experienced great joy and celebration as Jesus faithfully endured the Cross, rose from the dead as the conqueror of sin, death and Hell, and then took His rightful place “at the right hand of the throne of God” (cf. Hebrews 12:2). It seems reasonable to suppose that those who died in the Old Testament era came either into an experience of increasing joy or increasing sorrow following the work of Christ.

A Future Hope and Warning

One day, the full number of God’s elect sheep will have been gathered into the fold by the Good Shepherd (see John 10:16). One day, all of those “who have been predestined to be conformed to the image of [God’s] Son” (cf. Romans 8:29) will have come to trust in Him. On that day, the Author of history will again step back onto the stage, descending in the way He ascended (see Acts 1:11). All of the dead will be resurrected and judged: those who are righteous in Christ- who have their names written in the Lamb’s Book of Life- will experience the unparalleled joy of the “New Heaven and New Earth;” those who are outside of Christ- who are yet dead in their sins- will be condemned by their wicked deeds and will experience the unimaginable torment of the Lake of Fire (see Revelation 20-21). 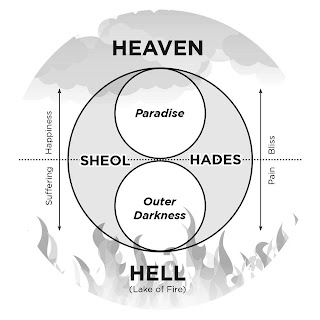 No Response to “Where did the souls of OT saints exist after they died, before the redemptive work of Christ?”